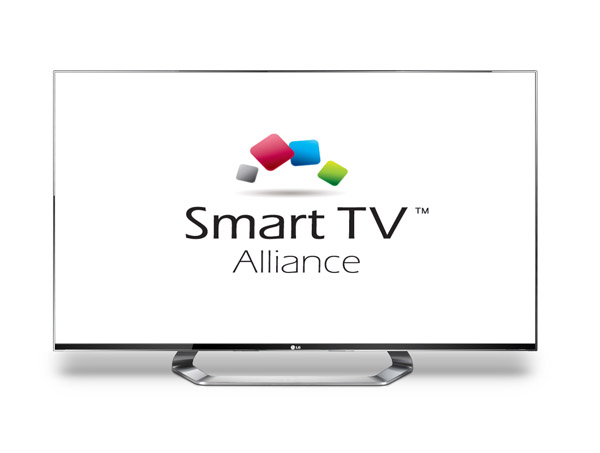 LG Electronics has joined hands with Japan’s Sharp and TP Vision, a former TV division of Philips Electronics, to boost its strength in smart TVs as it vies for dominance in this emerging market sector with tech king Samsung Electronics.

The consortium that the nation’s second-largest electronics producer is launching today is the first of its kind in the smart TV field. TP Vision was formed in April as a joint venture. Chinese display solutions provider TPV owns 70 percent and Philips controls the remaining share.

“We hope this alliance will revitalize the smart TV ecosystem,” said Kwon Bong-suk, managing director of mobile communication at LG Electronics. Kwon has been named as the consortium’s first chairman.

The new body will initially focus on coming up with a software development kit (SDK), a preliminary version of which is set to be unveiled online on June 30 at smarttv-alliance.org. Based on HTML 5, the latest markup language for creating content on the Web, it will serve as an integral part of a Web application for smart TVs, according to LG, which plans to have it completed by the third quarter.

The electronics makers will use the application to help develop operating systems for their respective smart TVs, meaning it will work with all platforms, including Google’s Android.

An LG spokesman said the company expects more smart TV makers to join the consortium to raise their standing in the global market, of which Samsung controls 20.9 percent as of the first quarter. LG follows with 16.3 percent, but this share rises to 23 percent when all three members of the consortium are lumped together, according to market researcher DisplaySearch.

This is not the first time electronics makers in Asia have joined forces to take on Samsung, the world’s No. 1 producer of handsets, memory chips and flat-screen panels.

Taiwan’s Hon Hai Precision Industry and its affiliates agreed in March to buy a 9.9 percent stake in Sharp through a new share offering set to be completed by March next year. Hon Hai is the flagship of Foxconn, the world’s largest contract maker of electronics, including iPads.

Terry Gou, its chairman, told shareholders on Monday that its cooperation with Sharp “will help us defeat Samsung.” This includes its decision earlier this month to start buying Sharp’s panels three months early.