Nation set to inherit mantle of ‘old man of Asia’

Nation set to inherit mantle of ‘old man of Asia’ 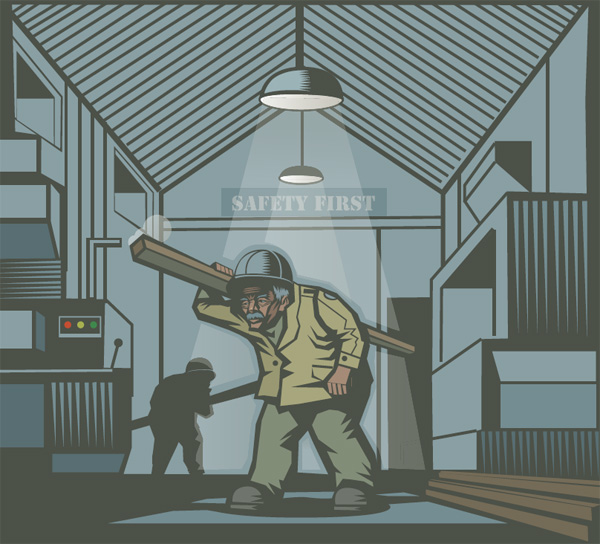 Korea’s fear of a rapidly aging society and the impact it will have on the nation’s growth was stoked again by a recent report from a U.K.-based investment bank.

Royal Bank of Scotland analyst Erik Leuth, in a report titled “The Economic Impact of Korea’s Demographic Transition,” said Korea has the world’s fastest-aging population and that in 2016 its working-age population will begin to contract.

The analyst said in the June 13 report that Korea has overtaken the United States in average age and will be older than Europe by 2020. By 2045, the average age of Koreans will be 50 and Korea will be the oldest nation in the world.

Given that Korea’s working-age population is falling faster (1.2 percent every year by 2024, 2 percent a year until 2050) than that of Europe and Japan, the economic impact felt will be felt earlier.

“The current account is projected to decline by 6.4 percentage points of GDP through 2050, starting in 2019,” Leuth wrote.

The rate at which the country has been aging has long been a major concern. According to the United Nations Economic and Social Commission for Asia and the Pacific, East and Northeast Asia is experiencing aging at the fastest rate ever recorded.

It took France 154 years to shift from an aging society, in which those aged 65 or more accounted for 7 percent of the total population, to an extremely aged society, with the 65 and over age group at 20 percent or more. It took Japan only 36 years to reach that point in 2005, and it is estimated Korea will take 26 years.

Last year, nearly 30 million Japanese were aged 65 or more, about 23 percent of the population. Not only was that a 0.3 percentage point increase compared to 2010, it was a record.

Korea has been an aging society since 2000, when people 65 and older accounted for 7.2 percent of the population. In 2011, that age group was more than 11 percent, and by 2030 Korea is expected to join most of Europe as an aged society.

In contrast, Koreans aged 15 or younger made up more than 20 percent of the population in 2000 and 15 percent last year. In 2050 those aged below 15 will account for less than 10 percent.

The problem is Korea’s economy will undoubtedly lose steam as the population ages.

The number of people in the workforce will dramatically drop and companies are likely to have more difficulty finding qualified employees. Furthermore, the domestic market will shrink as savings, spending and investments decline.

The state-run think tank Korea Development Institute in April conducted a survey of 268 CEOs, 66.4 percent of whom said the low fertility rate and aging society was the biggest threat to the nation’s future - bigger than class conflict, depletion of food and energy and global economic instability.

The Korea Institute of Finance estimates the nation’s GDP will fall from 4.21 percent annually in the current decade to 0.74 percent in 2040.

In contrast, growing social security costs are expected to push the government to spend 37 percent more in 2020 than it did in 2008.

“The burden on social expenditure will significantly escalate,” said Lee Sam-shik at the Korea Institute for Health and Social Affairs.

The unprecedented speed of society’s aging is due in large part to a significantly longer life expectancy - currently 80 - and Korea’s low fertility rate.

For Korea to maintain its current population at 50 million, it needs a fertility rate of 2.1.

Korea already is seeing the effects of a rapidly aging population.

A study by Statistics Korea last month showed that more and more people are postponing retirement.

In 2001, among Koreans in their mid-40s to late 50s, only 23 percent were full-time workers, a decade later, nearly 36 percent were. In contrast, those who retired and started their own businesses shrank from 38.7 percent in 2001 to 30.4 percent last year.

In 2001, Koreans in their 40s said they would plan to work an average of 16.5 years more if labor market conditions were unchanged. Today, they anticipate working an additional 17.8 years. The same trend is seen in older groups, including those in their 50s.

“The aging society is changing the job market itself,” said an official at Statistics Korea. “One of the reasons the number of job seekers in their 50s and 60s has increased is because older people, unlike in the past, are continuing to work full time.”

“As society ages and the population downsizes, it is difficult to expect sustainable growth simply from the supply of capital investment and labor,” said a BOK official. “To maintain growth, it is important that the country focus on improving technology and efficiency.”

Korea’s dependence on manufacturing continues to deepen, with the sector exceeding 30 percent of GDP last year for the first time.

However, the manufacturing sector is particularly vulnerable to an aging population. Nonetheless, “preparation and measures to minimize the various social and economic impacts from the aging society while maintaining sustainable growth is exceptionally low,” said Yoon Sang-ah, an analyst at LG Economic Research Institute.

Yoon said there are many ways labor policy could help prevent a decline in productivity, including fully utilizing older people who are capable and willing to continue to work.

“Keeping them in the workplace will not only reduce the [government’s] fiscal burden on an aging society, but also provide motivation and reduce future insecurity,” Yoon said.

Yoon said the government could also encourage an increase in the fertility rate by increasing welfare benefits that would reduce the cost of raising a child. It could also make it easier for women to join the workforce and pursue careers.

The government could also encourage young people to jump into the job market or start businesses of their own instead of going to college. While hordes of applications are handed in for limited openings at major conglomerates, including Samsung and Hyundai Motor, SMEs often have trouble filling jobs.

Local companies would also be urged to tap the international labor pool.