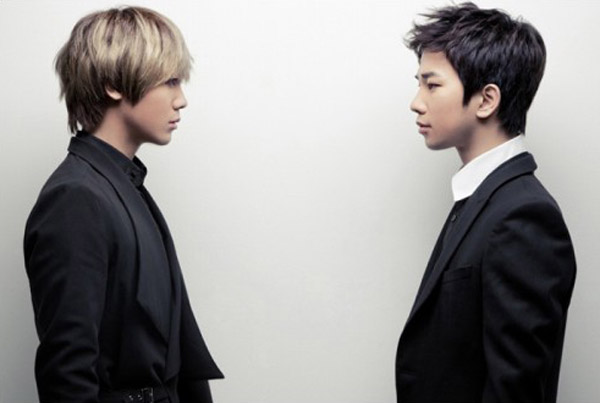 
G.O and Mir from MBlaq have formed a subunit duo just in time for the band’s first Asian tour.

A teaser image for the temporary collaboration was made public yesterday.

In the picture promoting the duo’s new single “Wild,” the two are seen standing dressed in suits, facing each other with solemn expressions.

The single, which was released at midnight, is a melodic combination of funk, groove and hip-hop.

G.O and Mir took part in writing the lyrics, which tell the story of a confident, cocky man.

“We wanted to emphasize the sexiness that comes from a confident male,” G.O said.

The two will perform the song live while on the “Blaq% Tour,” which kicks off on Saturday in Indonesia.

The group will also make stops in Thailand, Korea, Singapore, Japan and Taiwan. “It’s been our dream since our debut to tour Asia, so needless to say, we are thrilled,” band leader Seungho said.