Friend says Yunho and Park Soo-jin are not an item

Friend says Yunho and Park Soo-jin are not an item 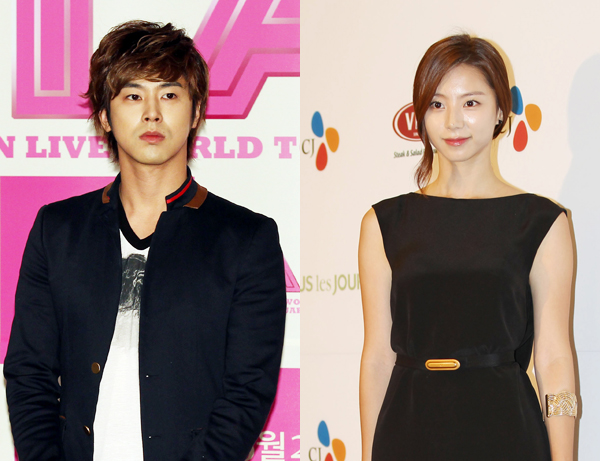 
After pictures of TVXQ’s Yunho and actress Park Soo-jin emerged online via Sports Seoul’s Web site on June 27, the agency of Yunho’s friend Kang Dong-ho – who the two were visiting when they were spotted together – has come out to say that the two were not on a date.

“It’s true that Yunho came to talk on the show last Thursday. We didn’t know that Park was there also. But there must have been some seven or eight people with Yunho,” said Kang’s representative.

Earlier in the day, Sports Seoul reported that Yunho and Park, who are known for their 10-year friendship, were spotted together in Daehangno, central Seoul on June 21.

The article said that “with some people, you never know if they are just friends or dating. Celebrities are no exception,” before questioning the nature of Yunho and Park’s relationship.

The two were captured as they emerged out of the same van and went into a local theater to watch the musical “Finding Kim Jong-wook,” which stars Yunho’s good friend Kang, who Yunho met when they acted in the musical “The Palace” back in 2010.