Master chef is ready to settle down

Master chef is ready to settle down 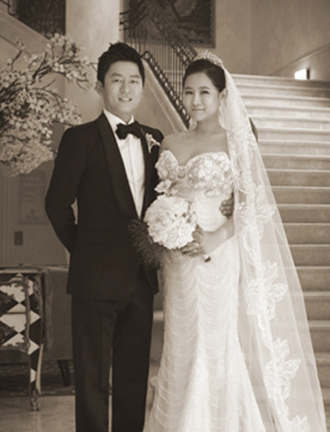 The two started dating last summer and began planning their wedding earlier this year. The newlyweds will depart for London in July for around three
months, as Kang was recently appointed to be the head chef at franchise bibimbap restaurant Bibigo in England’s capital.

The couple will settle down in Hannam-dong, central Seoul, after their return.

Park, who made her debut at the 1989 MBC Song Festival, gained popularity with hits such as “Way Home” and “Man and Woman.” She is also known for having trained singers like BoA, Yoon Mi-rae and Kyuhyun of Super Junior.
By Carla Sunwoo