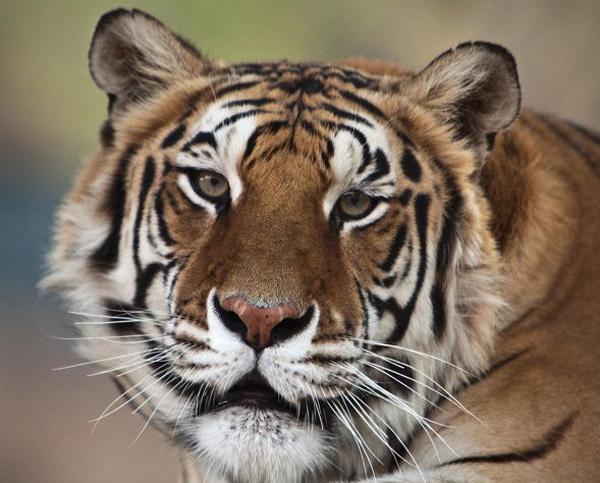 LOS ANGELES — Thriller, a tiger that belonged to Michael Jackson when the entertainer lived at his Neverland ranch, has died of lung cancer at
actress-activist Tippi Hedren’s wildlife preserve in California.

The 13-year-old, 375-pound tiger died June 11, Hedren said Wednesday. A necropsy was performed and the tiger was cremated. Staff workers will hold a private service when the ashes are buried. 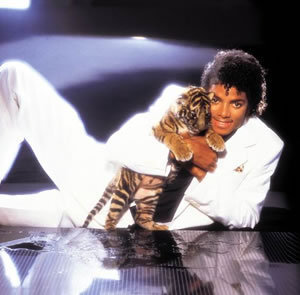 When Jackson left Neverland for good, his veterinarian asked Hedren to take the cats at her Shambala Preserve in Acton, about 50 miles north of Los Angeles.

Other Neverland animals, including giraffes, flamingos, orangutans, elephants and dozens of reptiles, were sent to sanctuaries in other parts of the country.

Shambala didn’t have a lot of room, but Hedren built a $79,000 habitat next to the preserve’s lake and there were trees and a hill and Thriller had a great life with Sabu, she said.

“Thriller was a real piece of work, one gutsy girl. She ruled Sabu’s life. It was humorous to watch the whole relationship. She did things to him that male tigers would normally never allow. She would steal food from him. That’s unheard of. She ruled the roost, was very independent and tough,” Hedren said.

There are 15 tigers at the compound, but Sabu is now alone in the habitat he shared with Thriller and he’ll probably stay that way, Hedren said.
Tigers are loners in the wild, she explained. AP