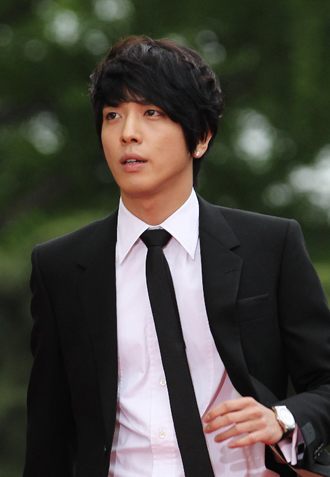 CN Blue’s leader Jung Yong-hwa is set to make a cameo appearance on “A Gentleman’s Dignity.” The episode featuring Jung’s stint will air on July 7, on the show’s 13th episode.

Filming for Jung’s scene in the show dubbed “The Korean Male Version of Sex and the City” took place at an Italian restaurant in Ilsan on July 3.
The scene was made up of interaction between the boy band member and the show’s leading man and woman Jang Dong-gun and Kim Ha-neul. Those on set said the three got on great, and overall Jung had a great time too.

“It’s such an honor to take part in such a great piece of work. I also enjoyed working with entertainers whom I’ve always looked up to,” said Jung upon filming.
Jung was asked to take part in the show by the program’s writer Kim Eun-sook.
By Carla Sunwoo [carlasunwoo@joongang.co.kr]