Jung Il-woo is Asia’s actor of the year

Jung Il-woo is Asia’s actor of the year 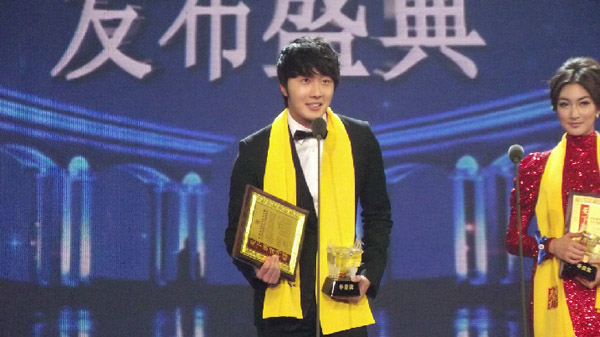 After the show, Jung also was named Most Popular Entertainer at the show in a poll by the search engine Sina.com.

The awards show had previously focused only on the Chinese entertainment scene, but this year decided to include all of Asia. Award winners were chosen through phone and online surveys as well as by a panel of entertainment insiders and experts.

His agency said Jung was invited following the popularity of last year’s “Flower Boy Ramen Shop.” The tvN production was No. 1 among dramas streamed in China.