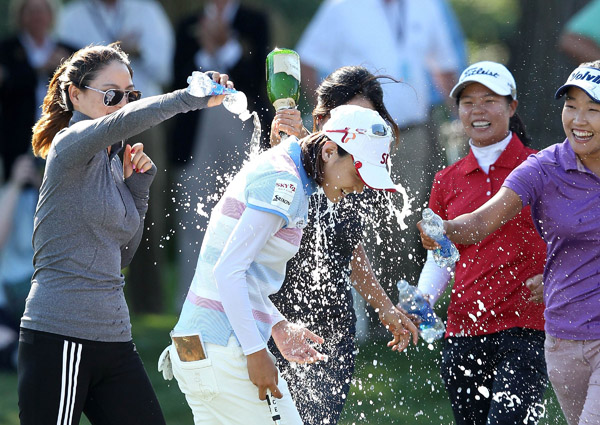 Seoul native Choi Na-yeon is sprayed with champagne by players and friends Sunday after her four-stroke victory at the U.S. Women’s Open. Choi is one of the so-called “Pak Se-ri kids” who were inspired by Pak’s dramatic U.S. Open victory in 1998. See story on Page 10. [AFP/YONHAP]