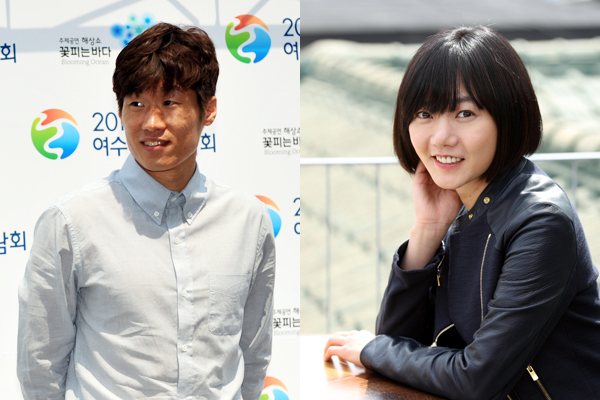 
Bae Doo-na did meet Park Ji-sung in London recently, but just as an old friend, not a lover, Bae’s agents said yesterday.

The statement was in response to rumors that the 32-year-old actress and 31-year-old Premier Leaguer are in a romantic relationship.

“It is true that Bae Doo-na met Park Ji-sung, but they are just old friends,” an agent for Bae told local media outlets. “The meeting in London was so casual as friends as to leave no room for misunderstanding. We do not feel the necessity to explain.”

One netizen posted on the Internet on Friday that Bae and Park were seen on a date in London on a rainy day, sharing an umbrella as they walked down the street.

The news spread like wildfire through social networking services. Initially, Bae’s agency had denied the meeting between the two, saying Bae does not know Park personally.

“They must have mistaken another person for her,” the agency initially said.