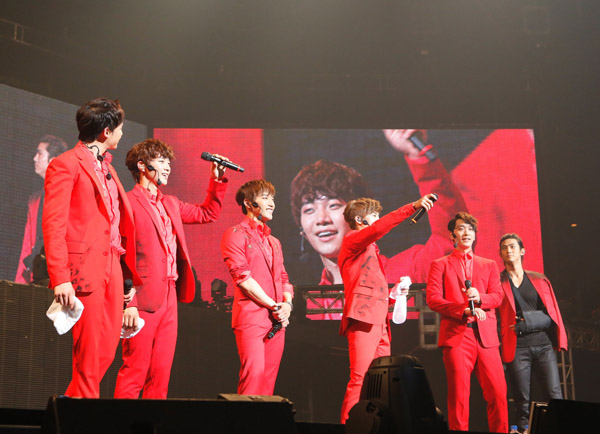 
2PM has been crowned “Best Artist” as well as the artist with the “Best Single” by Tower Records.
The Japanese music retailer released the results on July 14 and awarded various K-pop acts by tallying up sales figures and votes from netizens. It also deemed the group’s single “Beautiful” as the best K-pop song from the early half of the year.

As well as the official sales records, netizens were able to vote via blogs, Facebook and other social networking Web sites.

Of late, 2PM also claimed another win when member Taecyeon was recognized for his toned body.
On the July 3 episode of MBC Music’s “Show Champion,” the 2PM member was voted as the male celebrity with the best abs.