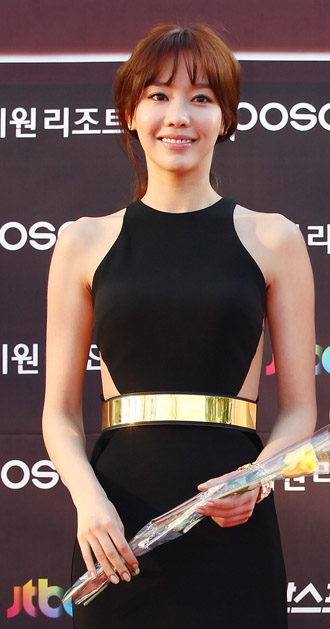 Kim A-joong’s thesis has been published in a Korean scholarly journal published by Economy Culture Institute.

The academic work titled “The influence of emotional and human desires on emotional strength and satisfaction: A study on the audience of thriller movies” written by the movie star has been published in the April edition of the economy journal.

Kim used her Twitter on July 15 to say thanks to her professor at Korea University for the inclusion of the thesis.

“It was so hard getting back to filming after a year off, but it seems I’ve been rewarded with an unexpected present. Thank you Prof. Kim Sung-chul,” Kim said.

Kim undertook her master’s in journalism last year at Korea University, and as part of her studies, co-wrote the thesis with the academic.

Meanwhile, Kim recently wrapped up filming her first movie in six years, “My P.S Partner,” which is set to be released late this year.