Agent says Nichkhun no sure thing

Agent says Nichkhun no sure thing 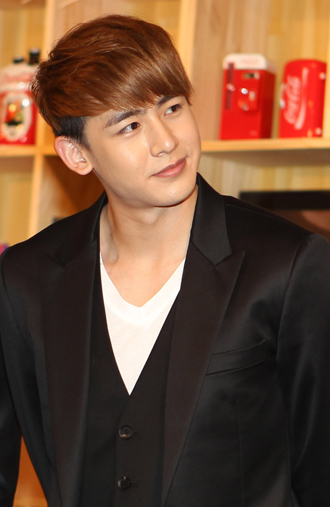 At a taping for the KBS variety show “Happy Together” on Thursday, the head of JYP Entertainment, Park Jin-young, confessed that he wasn’t so sure about 2PM’s Nichkhun when they first met.

“I seriously doubted whether he could become a singer,” said Park about the first time the two met and Park saw the boy band member’s dance and vocal skills.

At the time, the 2PM member also said he had no interest in becoming a singer, so the indifferent feelings were mutual.

“I had no desire to enter into JYP Entertainment,” said Nichkhun. “I changed my mind, though, because of Rain.”

The change of heart turned out to be a blessing for the JYP producer, who joked, “Now, Nichkhun is practically keeping our company afloat.”

The Thai-American singer who rose to fame in Korea also said that though his singing and dancing improved, his Korean is still not so good.

“When Park Jin-young is scolding me, I just pretend I don’t understand,” said Nichkhun.