Going to the movies has never been so complex

Going to the movies has never been so complex 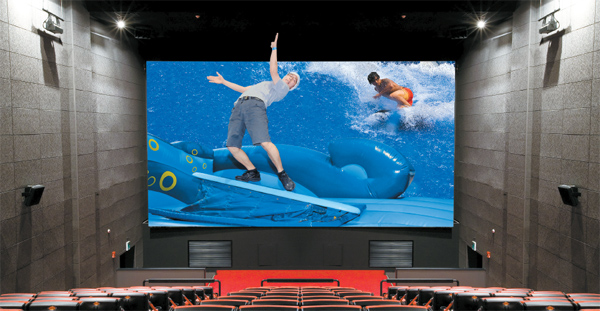 Going to the movies used to be so simple. You’d take someone out on a date to the local cinema, either a matinee followed by dinner or an early meal with a late show.

But in the multiplex era, the accompanying questions seem endless. “Do you prefer 3-D, 4-D or whatever dimension we used to watch movies in?” “Would you like to go to the luxury private theater or the Megabox?”

Even once you’ve hammered out the basic logistics, it doesn’t get much easier at the theater itself. Is buying the “Love Set No. 2” too much on a first date? Will you be judged if you take advantage of the theater’s happy hour cocktail specials?

The movies aren’t how they used to be. Multiplex theaters have disrupted the familiar Friday night film, adding shopping centers, restaurants, bars and even night clubs to cinemas in Seoul. The chairs vibrate, water is sprayed in your face and Freddy Krueger’s metal claws jump out of the screen.


And the changes seem to be working. According to the Korean Film Council, 159 million tickets were sold last year, meaning every Korean saw an average of three movies in the theater. Around 24 percent visited in peak season, between July and August. As Hollywood blockbusters like “The Dark Knight Rises” and “The Amazing Spider-Man” lure people away from the humidity, multiplexes are raking in the benefits.

With the huge success of the first multiplex, which opened in Gangbyeon, eastern Seoul, in 1998, more companies have jumped into the industry and renovated one-screen cinemas into massive weekend destinations.

Here are some tips on how to maximize your experience at the multiplex near you. 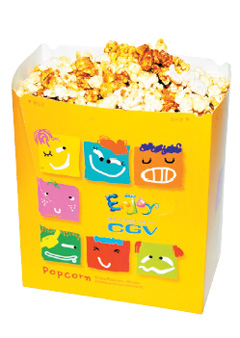 Twenty-four-hour coffee shops, restaurants and saunas are ubiquitous in Seoul. The latest addition for the nation’s nocturnal is the 24-hour multiplex.

Office worker Kim Bo-ram, 26, arrives at the Megabox in Dongdaemun, central Seoul. She purchases a package titled “Movie All Night,” which costs 15,000 won ($13). With the ticket, Kim is able to watch three movies in a row. She adds 5,000 won to the package so that she can drink soda or beer and munch on popcorn.

Since a single movie ticket costs 9,000 won on the weekends, the all-night package is a bang for the won.

According to Megabox, 84 percent of the seats are occupied on average under the package. The multiplex chain was chosen as one of 24 venues open 24 hours in Seoul by CNN-Go in March.

CGV and Lotte Cinema all started providing a similar package last month. CGV, the country’s No. 1 multiplex chain, has 10 branches open all night including in Gangnam, Bucheon and Uijeongbu. At CGV, a single movie costs 6,000 won if the film starts after midnight and the price goes down to 5,000 won if one watches more than two films.

Lotte Cinema has nine 24-hour branches including ones in Nowon and Konkuk University. Any single midnight movie costs 5,000 won. 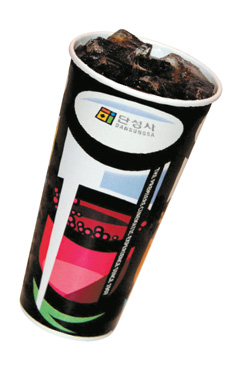 Multiplexes have transformed cinemas into much more than just a place to watch a movie.

The Dongdaemun branch of Megabox has been turned into a night club until the first Friday of August. Speakers in the main lobby blast house music as mirror balls dangle from the ceiling.

Professional DJs are invited and finger food, cocktails and beer are available. People with all-night passes are allowed to freely move from the theaters to the lobby.

Big cultural events are also screened at many multiplexes. The London Olympics will be broadcast live at CGV and Lotte Cinema branches. Price for admission has not been finalized.

A live performance of the New York Metropolitan Opera will be shown at the COEX, Kintex and Bundang branches of Megabox until the end of this year. It costs 30,000 won for adults and 25,000 won for students. 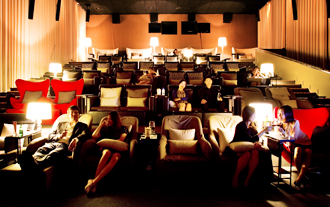 Movie dates are not cheap anymore. The nation’s three major multiplex chains all have premium brands. Above, Cine de Chef, run by CGV.

Movie dates used to be cheap. But now the pressure’s on to dish out the dough and make it a classy evening in one of the multiplexes’ less crowded upscale theaters.

Premium theater chains typically arrange 30 leather couches instead of squeezing in 130 or more seats in the same space. Moviegoers can lean back and don’t need to worry about kicking the seat in front of them when stretching their legs. People can also order light snacks and wine while watching a film.

The setting is so romantic that between films, the premium cinema sometimes turns into a rented space for 20 or 30 minutes where grooms-to-be have popped the question.

CGV’s Gold Class and Megabox’s The First Club are similar premium brands. Tickets for a single movie cost between 25,000 won and 30,000 won, nearly three times higher than an average ticket, but it comes with many benefits. Dedicated lounges with complimentary beverages are open to the premium ticket holders.

CGV’s another premium brand is Cine de Chef located in Apgujeong, southern Seoul. As its name suggests, the theater is located right next to a restaurant. Moviegoers can enjoy a three-course or 10-course meal after or before watching movies. The theater and restaurant are also available separately.

When going to the theater only, one has to purchase a movie ticket that costs 40,000 won. The ticket includes cookies and beverages. At the restaurant, two-course, three-course, eight-course and 10-course meals are available with prices starting from 38,000 won.

When asked to compare the Gold Class and Cine de Chef theaters, Kim Dae-hee, a promoter of CGV, said there are clear differences.

“Although the tickets at the Cine de Chef is 10,000 won higher than those of Gold Class, there is a huge difference,” Kim said.

“For example, high-quality speakers are built in at Cine de Chef and it makes for a much different environment.”

In addition to late-night moviegoers and posh couples, multiplexes also target family outings. The Mok-dong branch of Megabox has a ZAM Theater with 50 seats that are much smaller than ordinary theaters. Tables and leg rests are installed for the convenience of parents who accompany their children.

The Gimpo-Pungmu branch of CGV screens two films for adults and children at separate theaters every Tuesday. Since the running time of the two films are the same, parents can pick up their children after watching their film at the theater next door.

The Paju Outlet branch of Lotte Cinema charges 5,000 won for children under the age of 6.

CGV, Lotte Cinema and Megabox, the nation’s three major multiplexes, charge the same prices for their snacks. And they aren’t cheap. Large cokes go for 2,500 won with large popcorn selling at 4,500 won. Nachos are 3,500 won and hotdogs 3,500 won, but some theaters actually have more food for the price.

Lotte Cinema is the most generous as it serves 146 grams (5.1 ounces) of popcorn, while CGV only has 112 grams of popcorn for the “large” size. CGV makes up for it with their hotdog, which is the heaviest with 152 grams, outdoing Lotte Cinema’s meager 124 grams.

The best-selling snack is, of course, popcorn. Buttery and salty styles are classic, but the most popular flavor these days is caramel-coated. First launched in 2005 by Megabox, caramel-flavored popcorn is the No. 1 selling item at multiplexes. Newly added flavors such as onion, cheese, garlic and barbecue are catching up in popularity.

Draft beer was the only option available at CGV years ago, but multiplexes have added different kinds recently. Megabox sells Asahi draft beer and cocktails like Jagermeister mixed with Red Bull. All multiplexes have one-person-one beer policies.