Jang Keun-suk show a treat for all

Jang Keun-suk show a treat for all 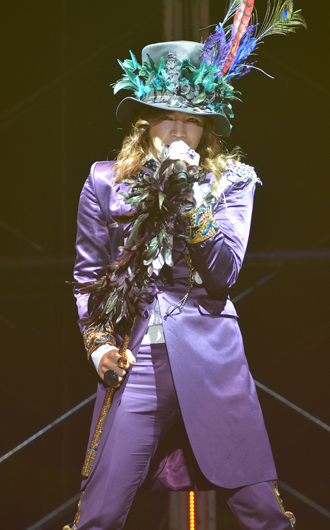 Hallyu entertainer through and through, Jang Keun-suk entertained more than 22,000 fans from July 21 to 22 at Yokohama in Japan.
According to his agency, both nights of “The Cri Show 2” were sold out.

“Due to high demands, we had to eventually make room in the standing section,” said a spokesperson for Tree J Company.

Japanese celebrities like Hyde from L’arc-en-Ciel as well as soccer player Hidoteshi Nakata were in attendance at the show that drew in crowds from all walks of life.

“There were 60 year olds who had sons near Jang’s age as well as 10-year-old boys and even disabled women in wheelchairs,” said Jang’s agency.
Jang will carry on with his Asia tour which comprises of shows in five Japanese cities as well as in China, Taiwan and Thailand.
By Carla Sunwoo [carlasunwoo@joongang.co.kr]