Ji Hyun-woo gets emotional at farewell

Ji Hyun-woo gets emotional at farewell 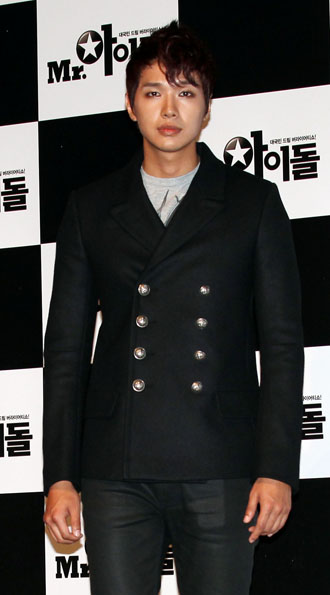 At his last fan meet before entering the Army in early August, actor Ji Hyun-woo shed some tears as fans serenaded him.

At the event titled “Little Concert” at Bear Hall in Samseong-dong, southern Seoul, on Sunday, Ji cried when fans sang the Christian tune “You were born to be loved” for him.

The invitation-only event was staged for 500 fans over two sessions and free of charge. The actor-turned-singer performed, showing his talent on guitar, and had some heart-to-heart moments with fans.

“I just wanted to make a quiet exit,” Ji said. “You know, so many other guys go to fulfill their military service and I didn’t want to cause a scene for doing something I am supposed to do. I’m sorry for drawing so much attention.”

Ji spoke about his nine years in the industry and a topic that fans were eagerly awaiting: his love life.

“You know, I didn’t know that I was such a big deal until recently,” he said, referring his public declaration of love for co-star and girlfriend Yoo In-na. By Carla Sunwoo