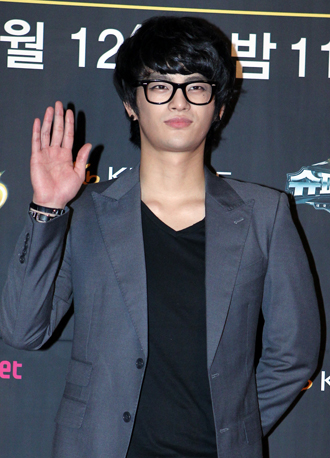 Super Star K winner Seo In-guk will try his luck in Japan as his popularity there, as in Korea, is increasing by the minute.

Jellyfish Entertainment said yesterday that Seo will sign with Japanese agency Irving Entertainment which also manages the affairs of actors Ryu Si-won, Kwon Sang-woo and Jung Woo-sung when they are in Japan.

Seo made his debut in 2009 as the winning contestant on the first run of singing-survival show “Super Star K.”

Since making his mark in the industry as a singer, the 24-year-old has recently undertaken an acting role, making his drama debut in “Love Rain,” alongside hallyu stars Jang Keun-suk and Girls’ Generation’s Yoona.

It is his role in the drama, playing the musically talented youth Kim Chang-mo, that led to Seo’s fan base increasing in Japan.

“Since ‘Love Rain’ began airing on Fuji TV, Seo In-guk has become a rising star in Japan. Hopefully he will be able to be active both as a singer and actor over there,” said a spokesperson from Jellyfish.