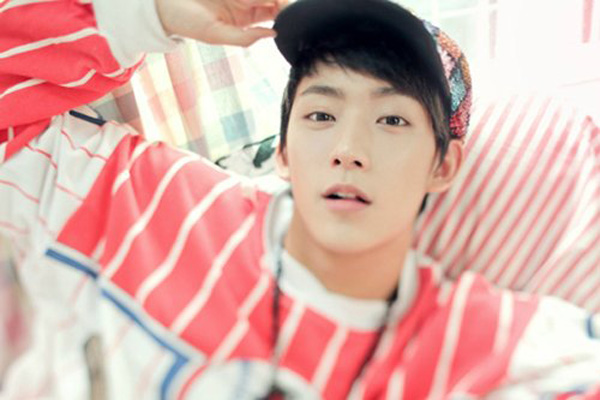 
Gongchan from B1A4 underwent kidney removal surgery on July 23.
The group’s agency WM Entertainment announced that the 18-year-old had always suffered from kidney pains, a congenital condition, and at the advice of his doctor, decided to remove the ailing organ.

Although he had been in pain all these times, Gongchan always put his brave face forward and put off surgery until the band had finished promoting itself.

“When it got really bad, he’d take pain relievers,” said a spokesperson for the agency.
“He didn’t want his fans or band members to worry, so he always kept up a cheery appearance.”

Gongchan also requested that his agency make the announcement once he had gone through with the surgery, so that the news wouldn’t worry the fans.
The young entertainer is currently recovering and in a stable condition following the successful procedure.

For the time being, Gongchan will refrain from any sort of strenuous exercise and the remaining four members will perform without him.
By Carla Sunwoo [carlasunwoo@joongang.co.kr]