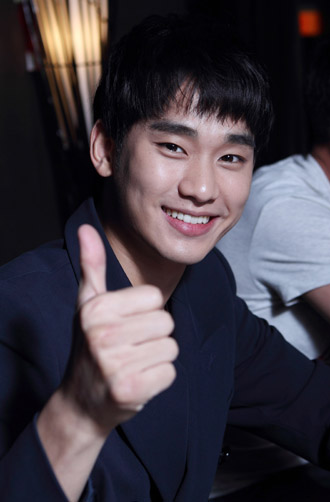 A really big fan of actor Kim Soo-hyun has forked more than 1 million won ($871) for a lighter available on Amazon.com for $120.

Kim’s lighter from “The Thieves,” which opened Wednesday, was offered on Auction.co.kr from July 1 to Sunday.

The S.T. Dupont Maxijet Lighter in Midnight Blue managed to attract 77 bids; with the highest bidder taking the lighter used by Kim in his latest blockbuster movie.

All proceeds from the sale of 10 movie items - a total of 2.5 million won -will go to a charity for children with leukemia.

According to the movie’s distributor, more than 436,628 people came to see the film about a group of jewelry thieves that set out to steal a one-of-a-kind diamond from a casino in Macau.

The movie is being described as Korean rendition of Hollywood blockbuster “Ocean’s Eleven” by critics and was produced on a budget of 14 billion won.