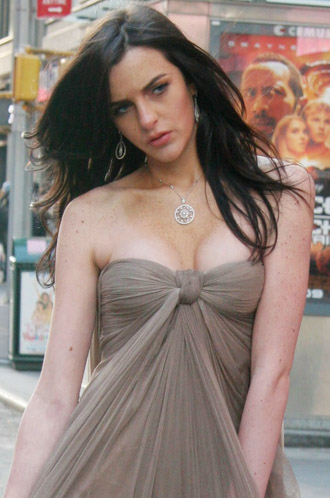 Lindsay Lohan’s 18-year-old sister, Ali Lohan, has touched down in Seoul in a bid to break into the Asian market.

According to U.S. media on Sunday, Ali Lohan was sent to Korea by her modeling agency Model House along with three or four other talents.

She is set to spend a month in town in order to make a name for herself as a model.

Apparently Ali Lohan sat down for a farewell dinner with her family just before her departure from New York. Linsday Lohan was unable to attend due to filming the movie “The Canyons,” but the rest of the family and the younger Lohan vowed to keep in touch via Skype.

Back in 2006, Ali Lohan made her debut as a singer with the release of the album “Lohan Holiday.”

Meanwhile, her older sister has been consistently making headlines for all the wrong reasons.

In June, she shocked netizens when she tweeted about the need for good-looking paramedics while being treated for exhaustion at a hotel.