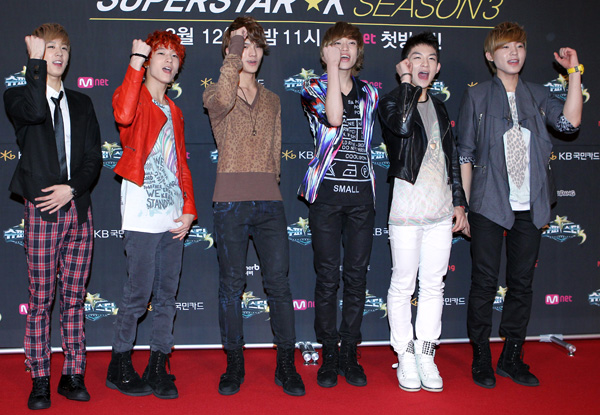 
Teen Top, which has a reputation for releasing singles during school vacations, has done it again.
On Aug. 3, the boy band will release a new single entitled, “Do You Want to Go Out With Me?”

Teen Top is set to release the second part of the trailer on its official Web site on July 31.
Meanwhile in June, the band has sold out its limited edition album in just one day.
The records were snapped up by fans from more than 19 nations after going on sale on soompi.com, the leading K-pop Web site, on June 2.
By Carla Sunwoo [carlasunwoo@joongang.co.kr]