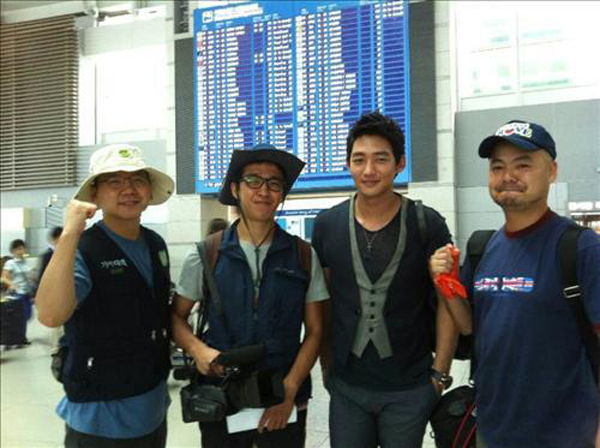 Actor Lee Tae-sung took some time off recently to volunteer in Sri Lanka.
According to Lee’s agency on July 31, Lee left for the central Asian nation to take part in the MBC goodwill program “Sharing Is Happiness.”

While there, Lee will take part in constructing a water-pipes system for the refugees who were displaced following an earthquake in 2005.
“I have a lot of strength,” Lee said, “bring on the intensive labor.”

As he was departing, Lee used his Twitter to alert fans that he was off and that he’d let them know of his whereabouts when he gets the chance while abroad.
“Sri Lanka . . . my first step toward rescuing hope,” Lee tweeted.