A.J to take the time off to study

A.J to take the time off to study 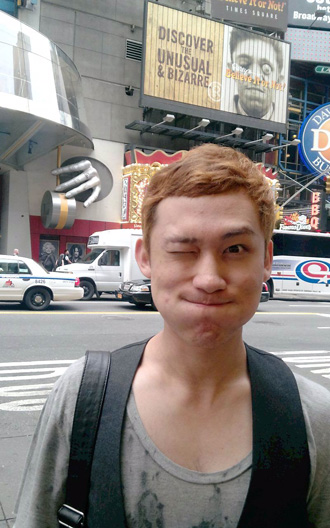 A.J from U-Kiss will take the rest of the year off to study at Columbia University.
NH Media announced on Aug. 1 that the rapper of the boy band will take time off from the group from this month, but that he will return early next year.

Ahead of the announcement, A.J had warned fans of his intent at a concert in Tokyo on July 29.

“I am sorry that I won’t be with the band during the crazy months ahead,” A.J said at his last performance with the band.
“I promise to come back as a better person.”

Meanwhile, NH Media is affirming that A.J’s absence is just temporary and they won’t be recruiting anyone to take his place.

With one member down, U-Kiss has a busy month ahead as it is set to perform at the A-Nation concert in Japan.

On Sept. 5, the group will also hold its debut concert at the esteemed Budokan in Tokyo, just six months after it made its official debut in Japan.