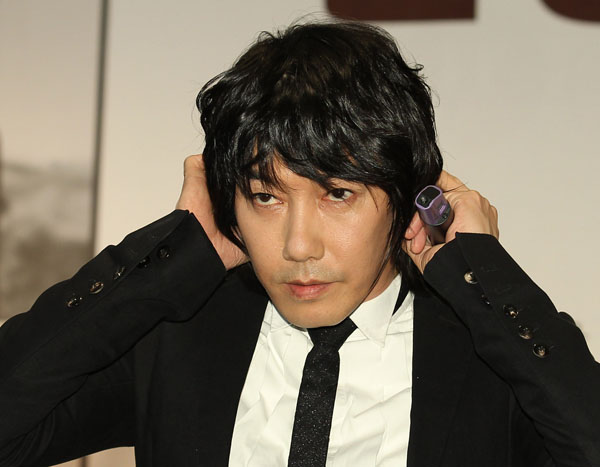 
Singer and social activist Kim Jang-hoon was hospitalized for exhaustion and stress. His agency confirmed yesterday that Kim was admitted into Asan Medical Center in southern Seoul on Wednesday.

“His manager went over to get Kim on Wednesday morning, but Kim was unable to move,” said a spokesperson from his agency.

“His U.S. tours as well as promoting the national independence song and the Dokdo crossing event seem to have taken a toll on him.”

Kim has long been regarded as one of Korea’s leading activist entertainers.

As well as performing in the United States last month, Kim was scheduled to take part in a swimming event from the coast off Jukbyun in North Geyongsang to the islets of Dokdo from Aug. 13 to 15 to celebrate Liberation Day.

As well as supporting the project 8.15 Dokdo Crossing financially, Kim had been training with students from Korea National Sport University to take part in the 220-kilometer (136-mile) swim.