Pundits argue if the stock market era is over

Pundits argue if the stock market era is over 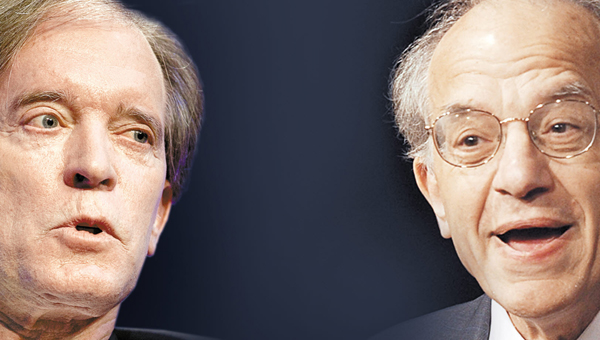 But Jeremy Siegel, finance professor at the Wharton School of the University of Pennsylvania, says stocks are still one of the most reliable and vital investment tools in a long-term approach.

In a market outlook report titled “Cult Figure” released Tuesday, Gross said some people overwhelmingly favored stocks over a century’s time but he said “the cult of equity is dying” as people will find it increasingly difficult to gain high yields through stock investments.

Gross said they will no longer generate the kinds of returns they’ve had over the past century.

Siegel, finance professor of Wharton School of the University of Pennsylvania, defends the power of stocks.

Some market observers support Siegel’s view given that the Dow Jones index hovers around the 13,000 mark compared to below 100 in the early 1900s, which shows the index is still on an upward trend.

A century-long belief that shares will eventually rise created massive followers of stock investments and the 20th century is remembered as the period of deepest reverence for stocks, they said.

The Siegel constant of 6.6 percent real appreciation is “a historical freak, a mutation likely never to be seen again as far as we mortals are concerned,” Gross said.

“Like a once bright green aspen turning to subtle shades of yellow then red in the Colorado fall, investors’ impressions of ‘stocks for the long run’ or any run have mellowed as well,” Gross said. “The 6.6 percent real return belied a commonsensical flaw much like that of a chain letter or yes - a Ponzi scheme. If wealth or real GDP was only being created at an annual rate of 3.5 percent over the same period of time, then somehow stockholders must be skimming 3 percent off the top each and every year. If an economy’s GDP could only provide 3.5 percent more goods and services per year, then how could one segment [stockholders] so consistently profit at the expense of the others [lenders, laborers and government]?”

Siegel blasted Gross’ argument and made bearish comments about stocks when he appeared at CNBC on Tuesday.

“You definitely can have the return greater than GDP growth,” Siegel said. “There is nothing uneconomic about it. The thing is capital gives out dividends; interest gives out return.

Although he acknowledged the last 10 to 12 years have been poor years, he said stocks are still “one of the most attractive markets we actually have now going forward.”

Coupled with the economic downturn, investors seemed to be more attuned to Gross’ pessimistic outlook on the market.

David Rosenberg, a bearish economist and strategist at Canadian investment firm Gluskin Sheff, said the “equity cult is clearly over.”