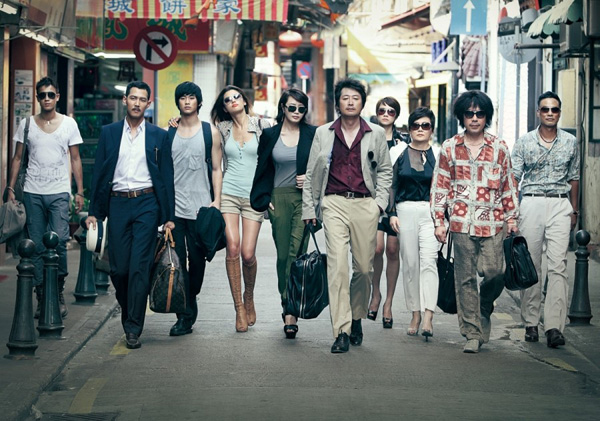 
A Korean box office hit continued breaking records with over 6 million viewers in the first 11 days of its release, official statistics showed Sunday. “The Thieves,” featuring 10 Korean and Chinese thieves teaming up to steal a valuable diamond necklace at a Macao casino, drew 6.2 million viewers in it first 11 days until Saturday, data from the Korean Film Council showed.

The film directed by Choe Dong-hoon, who is known for “Tazza: the High Rollers” and “The Big Swindle,” has been drawing moviegoers at a faster pace than director Bong Jun-ho’s box-office hit “The Host.”

Industry watchers say “The Thieves” will likely attract 10 million viewers faster than “The Host,” which broke the 10 million mark in 21 days. The film had 770,762 viewers on Saturday alone, setting a one-day box office record for Korean movies.