Filming for “Old Boy” remake to begin in October

Filming for “Old Boy” remake to begin in October 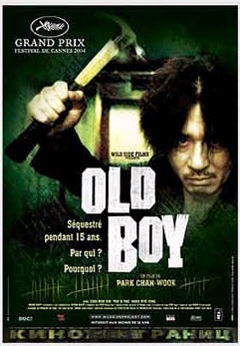 Filming for the remake of Korean classic Old Boy will begin on October 1, according to U.S. movie-specialized website ComicBookmMovie.com. The first shooting will reportedly take place in New Orleans.
The American-made version of Park Chan-wook’s Old Boy will be directed by Spike Lee and will star Josh Brolin and Sharlto Copley.
The posting also provided a casting call for the adaptation, listing some 20 roles. Steve Spielberg, at one point, had plans to team up with Will Smith on the remake project, but that failed to pan out.
The information on the upcoming movie is few and far between, but main casts have revealed a few details.
Josh Brolin said that Spike Lee decided to keep hammer-fight and octopus-eating scenes while Sharlto Copley commented that “It’s dark and gritty. They’re not sort of softening it,” when asked about the approach to adapting its source material.