Aniston is engaged to screenwriter

Aniston is engaged to screenwriter 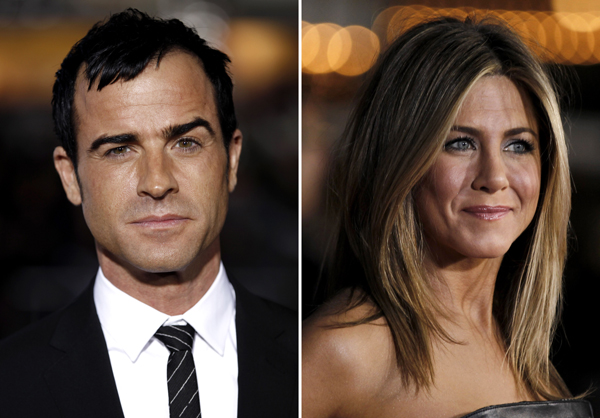 For the first time after her much-publicized breakup with Brad Pitt, U.S. actress Jennifer Aniston is engaged to be married again - this time to a much less known actor-screenwriter, Justin Theroux, his publicist announced late Sunday.

“Justin Theroux had an amazing birthday on Friday, receiving an extraordinary gift when his girlfriend, Jennifer Aniston, accepted his proposal of marriage,” Theroux’s representative told People magazine. According to the magazine, the couple, who both starred in the movie “Wanderlust,” started dating in May 2011. It will be the second marriage for her and the first for him.

Aniston, 43, married Pitt in 2000, and they were divorced in 2005 after reports that Pitt had been unfaithful to Aniston with Angelina Jolie.

Aniston rose to Hollywood stardom while playing a charming if slightly ditzy New York coffee shop waitress, Rachel Green, in “Friends,” which ran on NBC for 10 years starting in 1994.

In the wake of her small-screen success, she starred in a series of successful movies like “She’s the One,” “The Good Girl,” “Bruce Almighty” and “The Break-Up.”

The 41-year-old Theroux’s career path is more modest. He is best known for his work in the films “Mulholland Drive” and “Inland Empire.”

He played John Hancock in the 2008 HBO TV mini-series “John Adams.” He directed his first film “Dedication” in 2006, which made its debut in 2007 at the Sundance Film Festival, a venue for budding American film-makers. AFP