Kim Jang-hoon sets out for Dokdo

Kim Jang-hoon sets out for Dokdo 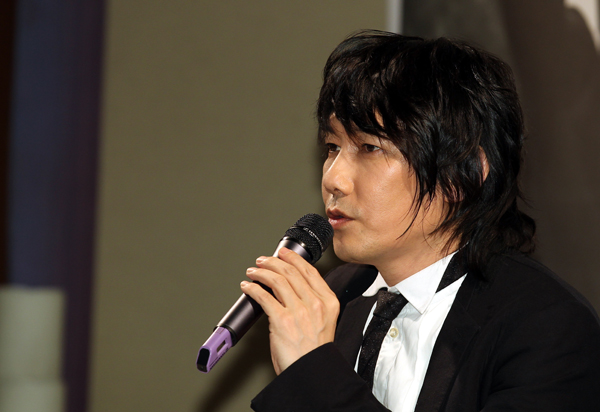 
Despite being hospitalized for exhaustion and stress a little over a week ago, singer Kim Jang-hoon took part in the 8.15 Dokdo Crossing event that kicked off yesterday.

Kim signed up to swim 220 kilometers (136 miles) over the course of two days, along with actor Song Il-guk and students from the swimming faculty of Korea National Sports University, and begins off the coast of Jukbyun in North Gyeongsang before finishing at the Dokdo islets on Wednesday to celebrate Liberation Day.

Last month was a significant one for Kim, as he toured in the United States and donated proceeds from that tour to charities there, including $50,000 to causes to rehabilitate female drug addicts and $8,000 to organizations that help the disabled.

U.S. President Barack Obama sent Kim a President’s Volunteer Service Award in recognition of his contributions. When he returned to Korea early this month, Kim’s agency announced that he was admitted into Asan Medical Center in southern Seoul for exhaustion.