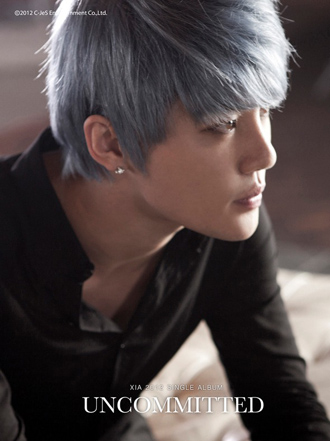 Kim Jun-su’s first English language single “Uncommitted” will be promoted for the first time at midnight on Aug. 13.

The title track from Kim’s first English album will be of “urban pop genre,” much like the rest of the tracks contained in the album to be released in late August.

“The teaser music clip will be released for the first time on Aug. 13,” said CJeS Entertainment.

The video was directed by Marc Klasfeld who is the mastermind behind videos such as “We Are Young” by Fun. featuring Janelle Monae and videos of Beyoncé, Eminem and Jay-Z.

“To create a chic and surreal atmosphere, the shoot took place in L.A. rather than in a studio,” said a spokesperson for CJeS Entertainment.
Two teasers for the track will be released over a period of two days.
By Carla Sunwoo [carlasunwoo@joongang.co.kr]