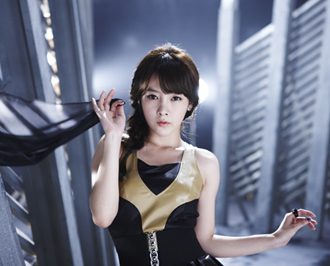 T-ara’s Soyeon was traveling to Busan when the van she was riding in skidded on the wet road and caused a three-vehicle accident.

Soyeon was on her way to the set of her new KBS drama “Haeundae Lovers” when the incident took place at 6:40 a.m. on Aug. 13.

The vehicle was driven by her manager, and Soyeon, along with her two stylists, were inside when the accident took place.

The passengers were quickly taken by ambulance to a nearby hospital where they underwent CT scans and x-rays.

T-ara’s agency said that Soyeon is fine but that filming has been postponed for a day in favor of a thorough medical check-up.

Of late, T-ara’s been in the media for letting go member Hwayoung, who many media have claimed was bullied by her fellow girl group members.