Underwear advertised by Hye Park is all gone

Underwear advertised by Hye Park is all gone 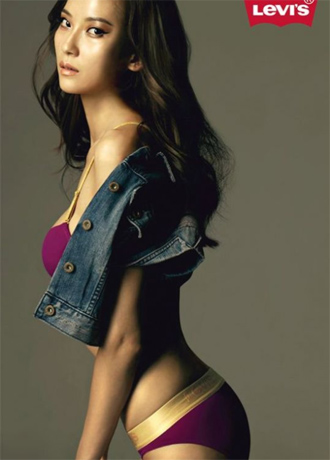 According to Levi’s, the underwear line being promoted by supermodel Hye Park has sold out since the product’s July launch.

The jean brand’s line of underwear sold more than five times the average sales volume since the advertisements were introduced.

In particular, the gold-and-violet bra and brief set worn by Park is the most popular item.

Later this year, Levi’s will select another celebrity to endorse its underwear range.

In June, Park revealed that while being active on the international modeling circuit, she was hit on by Hollywood heartthrob Josh Hartnett, who was unaware that the 27-year-old model was married.
By Carla Sunwoo [carlasunwoo@joongang.co.kr]