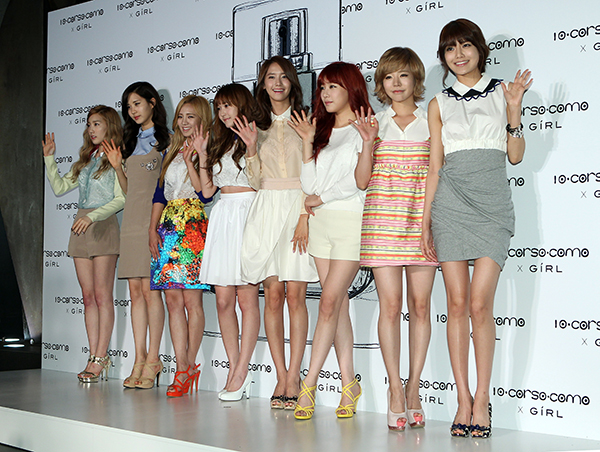 
The Girls’ Generation single that shook up Japan back in June was released in Korea on Aug. 16.

“Paparazzi” was released in Japan on June 27 and topped Oricon’s Daily Chart as well as the Japanese iTunes’ chart upon its launch. The Korean release is available in three different versions.

When introduced in Japan, more than 42,525 copies of the EP, which was described as “surreal” and somewhat different from the band’s previous hits, were sold in less than 24 hours. The EP marked the Hallyu band’s first Japanese release in 14 months.

The EP was made with the help of renowned studio engineers Miles Walker and Tom Coyne, who have previously worked with the likes of Beyonce and Adele.

Meanwhile, the iconic K-pop girl group is set to take part in its agency’s concert “SM Town Live World Tour III” to kick off in Seoul on Aug. 18.