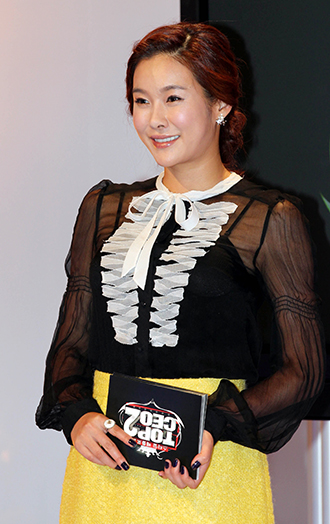 The actress went into labor about 3 a.m. at a clinic in Gangnam District, southern Seoul.

The 35-year-old star’s family and friends were present to congratulate Hyeun, who walked down the aisle just five months ago.

“The baby and mother are both fine,” Hyeun’s agency told local media. “The infant does take after the mother, but looks a lot more like the dad.”

According to the agency, the versatile entertainer who has dabbled in modeling, acting and singing will be out of action for an indefinite amount of time.

Hyeun tied the knot in early March to a finance man when she was about a month pregnant, but confirmed that she was with child only after the wedding.

In April, she announced she was taking take time off from hosting various TV shows.

During the break, Hyeun took some prenatal classes and vowed that she’d resume her career after giving birth.