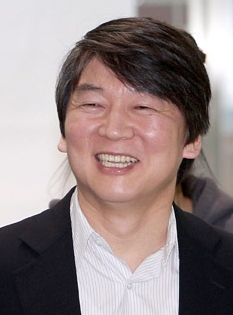 After the state election watchdog warned that potential presidential candidate Ahn Cheol soo’s plan to operate a charity foundation would violate election law, the foundation’s board members said yesterday that they will still run his charity according to the law and maintain its original name, the Ahn Cheol-soo Foundation.

The National Election Commission said on Monday that offering financial support under its current name is in violation of election law because the foundation’s title includes Ahn’s name.

“We feel sorry that the election commission’s judge prompted controversy over the autonomy of our foundation, which was created out of the founder’s spirit of philanthropy,” the foundation’s statement released yesterday read. “With the aim to realize the purpose of the foundation .?.?. we will maintain the current title and carry out our own work as scheduled.

“As an independent foundation striving for the public interest, we will implement businesses within the law,” the statement added.

Ahn hasn’t officially declared his candidacy for the upcoming presidential election yet.

But many political observers and presidential hopefuls believe that he is already a de facto runner in the race, given recent public activity including founding a charity, publishing a book of his thoughts on current political affairs as well as appearing on a popular TV talk show where two strong presidential candidates, the ruling party’s Park Geun-hye and the main opposition’s Moon Jae-in, had appeared.

Park Young-sook, the chairwoman of the foundation’s board, told reporters after having a meeting with board members at a local restaurant in central Seoul that the foundation will “still be able to carry out works of charity which don’t violate the law.”