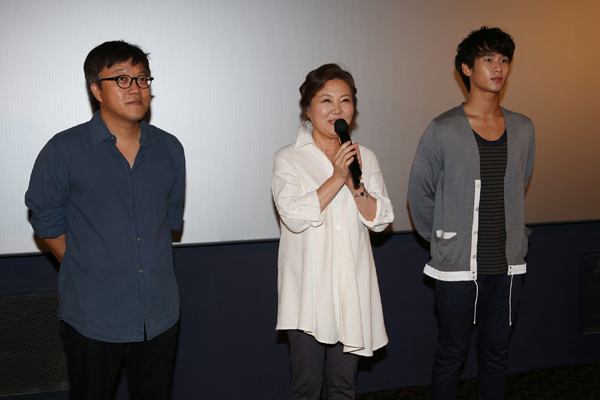 Kim Soo-hyun from the current blockbuster “The Thieves” fulfilled a pledge he made as the movie exceeded 10 million views.

As promised at the movie’s premiere, Kim carried around a fan who won the privilege through a raffle drawn at Megabox in Gangnam, southern Seoul, on Aug. 18.

The lucky winner was a middle school girl.

It wasn’t just the fans who enjoyed the event; Kim also showed his enthusiasm for the cause by saying, “It’s so great that the movie did so well. I’m honored to be taking part in this event.”

Meanwhile, co-star Kim Hae-sook fulfilled her pledge too by planting a kiss on one of the cinema-goers present.