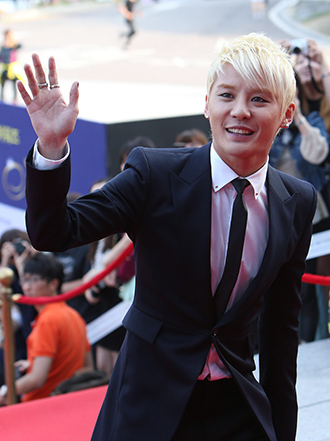 Kim Jun-su has claimed another feat as he continues to make a name for himself as a solo act away from JYJ’s tag.

For the second time since the release of his debut album “Tarantallegra” in May, Kim has topped the Chinese online music video chart Yinyuetai.com.

Kim’s new song “Uncommitted,” which is sung in English, took the No. 1 spot on the K-pop chart on the Web site, just three days after being released. The accompanying music video accrued more than 3,280,000 hits.

“This is an amazing accomplishment, given the fact that YouTube videos are hard to stream online in China,” said a spokesperson from CJeS Entertainment.

Meanwhile, the title track of Kim’s first album is also ranked seventh on the same chart. In May, the song was ranked first on the monthly K-pop chart on the Web site.