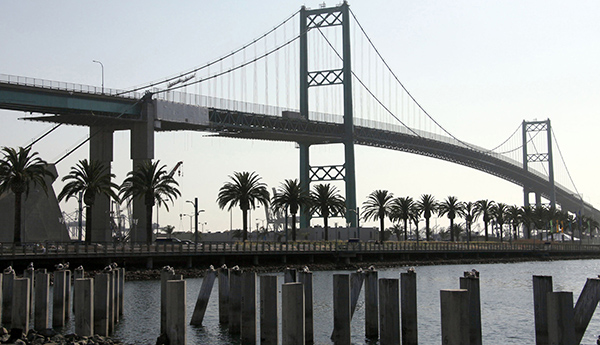 Investigators sought clues on Monday to what prompted British-born filmmaker Tony Scott to take his own life in Los Angeles, while much of Hollywood focused on conflicting media reports about whether he was suffering from brain cancer.

Scott, director of such blockbuster films as “Top Gun” and “Beverly Hills Cop II,” jumped nearly 200 feet to his death on Sunday from a suspension bridge over Los Angeles Harbor, leaving behind a suicide note in his office and a list in his car of people to contact, authorities said.

Medical examiners on Monday performed an autopsy on Scott, whose body was recovered from the harbor nearly three hours after he jumped in, said Ed Winter, assistant chief of the Los Angeles County Coroner’s Office.

He said results of the exam likely will be kept confidential until toxicology and other tests are completed. A coroner’s spokesman said that could take four to eight weeks.

Winter said he could not confirm an ABC News report that said Scott, the younger brother of director and three-time Oscar nominee Ridley Scott, had inoperable brain cancer. The report cited an unidentified source close to Scott.

The celebrity news Web site TMZ.com reported later on Monday that Scott’s wife had told investigators that rumors of an inoperable brain cancer were “absolutely false,” though TMZ did not specify the origin of its account.

Asked whether the suicide note found by friends in Scott’s office or any other writings referred to an illness, Winter said, “not to my knowledge.” Authorities have not disclosed the content of the note.

Winter also said investigators had no theories about what led Scott, who was 68, to kill himself. Reuters