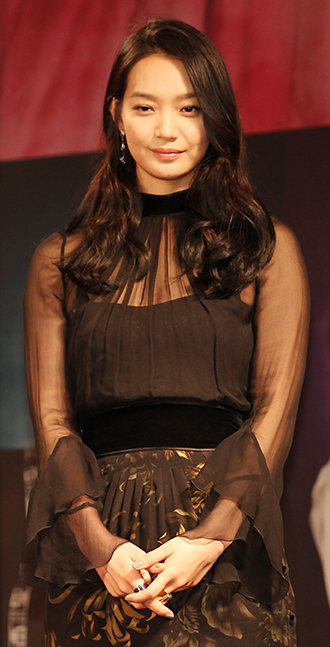 Shin Min-a from “Arang and the Magistrate” will contribute a song to the drama’s soundtrack.

According to the program’s spokesperson on Aug. 22, the song “Black Moon” sung by Shin will be included on the second part of the program’s soundtrack.

“Because she has such a pretty voice, the recording wasn’t a problem,” said the spokesperson, adding that the whole procedure took just under an hour.

The drama starring Shin is based on the Korean folklore of “Arang” - named for a female ghost who met an untimely death - which hails from the region of Milyang in South Gyeongsang.

The drama’s plot revolves around Arang (played by Shin) who wants to reveal the curious circumstances surrounding her death. It also features Hallyu actor Lee Joon-gi, who is taking on his first role since being discharged from the Army in February.