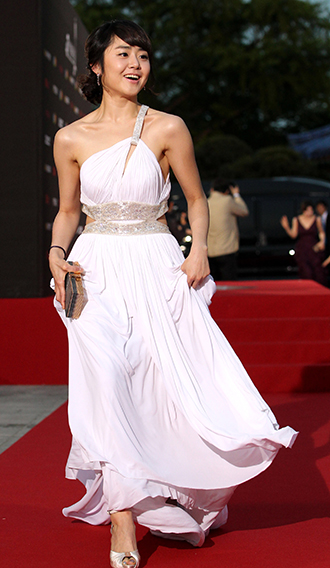 Moon Geun-young has landed her first dramatic role in over two years.

The 25-year-old actress is set to star in a new SBS weekend production, “Cheongdam-dong Alice,” which will take over the timeslot currently occupied by “Five Fingers.”

Namoo Actors revealed on Aug. 23 that Moon will play “a hardworking career woman who works for an apparel company.”

Moon’s character Han Se-kyung is said to have a nemesis in the form of her employer’s wife, who is later revealed to be Han’s high school friend.

The program is Moon’s first since “Mary Stayed Out All Night.”