Lee Min-ho to be waxed by Tussauds

Lee Min-ho to be waxed by Tussauds 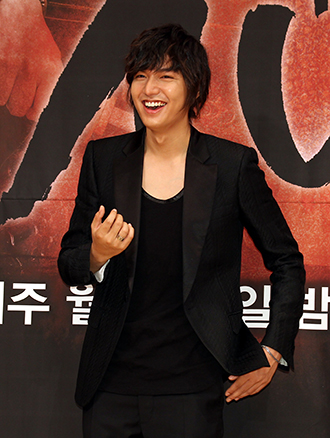 Lee Min-ho will be made a dummy, a wax dummy that is, for the Shanghai branch of famed museum Madame Tussauds.

Lee’s agency announced yesterday that a crew from China and England had visited Lee in Korea to take his measurements.

About 500 pictures of facial expressions were required and Lee’s body was divided into 200 parts to get exact measurements.

“We were flooded with requests from fans for Lee,” said a Chinese representative from Madame Tussauds. “It took some six months of planning and production.”

“To get different angles for my smile, I had to have my mouth open for three hours. I thought my jaw would break off,” joked Lee. “But to think I will be immortalized is kind of awesome.”

Lee will become the second Hallyu star to be made into wax for the famed museum. The first was 2PM’s Nichkhun who is of Thai and American descent and was immortalized in wax form early this year for the museums’ Bangkok branch.
By Carla Sunwoo