Chef in Taiwan shares his secrets on meatless specials

Chef in Taiwan shares his secrets on meatless specials 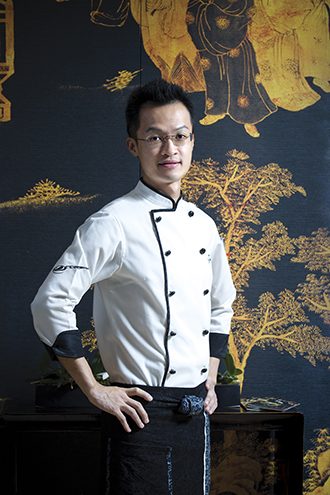 Li Jun Xian is a vegetarianism enthusiast, but not a vegetarian himself. The head chef of Fu Shan, an acclaimed vegetarian restaurant in Taipei, Taiwan, says he tries all sorts of foods in order to make the best possible vegetarian cuisine. He recently visited The Westin Chosun in Sogong-dong, central Seoul, where he hosted a vegetarian gala dinner.

Why did you become a vegetarian chef?

What do you focus on the most when cooking?

For a good meal to be completed, everything has to be set, from the food’s color, smell and taste to the table setting. If there is a story in the meal, it’s better. It’s also important to keep a balance in nutrition. Vegetarian meals can lack in protein and iron. So I try to enhance those elements through beans, tofu, coral reef and red vegetables like beets. Also, vegetarian meals can be dull and limited, so I try to diversify tastes as much as possible. I also focus on emulating the taste of meat.

Do you think vegetarian meals should try to imitate meat diets?