The man underneath layers of ‘Gyaru’ makeup

The man underneath layers of ‘Gyaru’ makeup 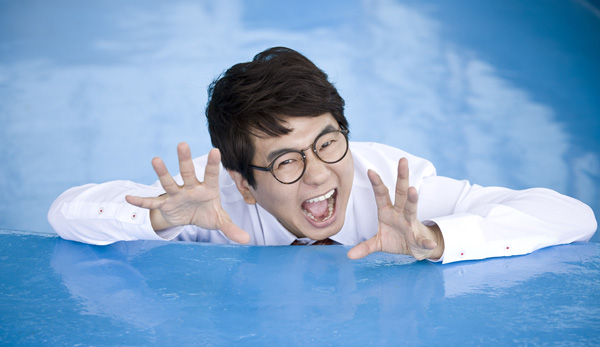 Comedian Park Sung-Ho, who plays the popular character Gyaru Sang in KBS 2TV’s “Gag Concert,” has been a star on the show for over a decade. Keeping track of current affairs and paying attention to trivial parts of life are his secrets to competing with newcomers in the business, he said. By Kwon Hyuk-jae


Park Sung-Ho has paved a straight and narrow path for himself throughout his career, a fact the comedian takes pride in. Since his debut as KBS network’s openly recruited comedian in 1997, the 38-year-old said he has kept his eyes on genuine comedy, never appearing in TV sitcoms or dramas.

Instead, he has become the star of sketch comedy, spending 15 years on stage and becoming the eldest member of Korea’s most-watched sketch-comedy show “Gag Concert” on KBS 2TV.

Park has kept people laughing in their living rooms for a decade and a half, despite the emergence of new star comedians. Keeping track of current affairs and paying attention to trivial parts of life is his secret to competing with the newcomers in the business, he said in a recent interview with the JoongAng Ilbo.

The comedian has played a number of roles in “Gag Concert,” but his new character Gyaru Sang is one of his all-time most popular identities. “Gyaru” is a Japanese transliteration of a fashionable girl, referring to the Japanese style typically characterized by heavily bleached hair, excessively decorated nails and dramatic amounts of makeup.

Park sat down with the JoongAng Ilbo to talk about his new character and Korea’s relationship with Japan. The following are excerpts from the interview.

Q. Gyaru Sang is the talk of the town. What do you think about the way the character has been received?

A. Gyaru Sang has a very strong presence. But as you listen, you can see that she is locked into her own world. She never listens and just keeps talking about what she wants to say. In a sense, she represents an idiocy of our generation, and it seems many people relate to the character.

I haven’t particularly studied Gyaru style. I didn’t even know what “Gyaru” exactly meant in the beginning. I just created the character from what little knowledge I had, like the heavy makeup and Japanese way of speaking. I thought if I go too deep into it, it would become difficult. It takes 20 minutes to put on the makeup. 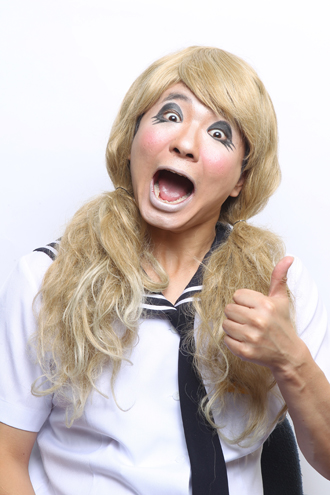 You seem to be attached to characters like Gyaru Sang.

It might not be the trendiest comedy style, but it is certainly what I do best. Discovering new characters and acting as them are things I am good at. I actively search for interesting characters rather than sit and wait for the ideas to occur to me. Luckily, the audience generally finds my characters interesting as well.

Korea currently has a strained bilateral relationship with Japan.

The Japanese netizens were upset about Gyaru Sang, saying that it is a degradation of Japanese culture, which was never my intention. Thankfully, many Korean fans stood behind me and supported Gyaru Sang. Someday, I’d like to unravel the conflicts between the two countries surrounding the issues like Dokdo through comedy.

Why did you choose to concentrate on sketch comedy alone, rather than on sitcoms or dramas?

Most comedians want to be like Yoo Jae-Suk and Kang Ho-Dong, and so do I. But I’d like to take my own route. Taking different routes doesn’t mean you’re heading the wrong way. Another reason is that I regard my personal life, my hobbies and my relationships as important. I’m totally into table tennis these days and play three to four times every week. A sound mind dwells in a sound body, and I personally believe a truly sound mind is where all the hilarious ideas come from.

You must feel some responsibility as the eldest member of “Gag Concert.”

I realize my junior colleagues are watching and learning from what I say and do. It always keeps me working harder.