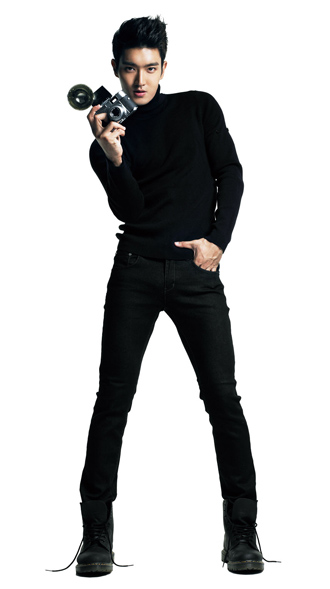 Super Junior’s Choi Si-won is making a name for himself in Europe and the United States after being covered by men’s fashion magazine V Man.

SM Entertainment announced yesterday that the fall edition of the men’s quarterly, currently on sale, features the boy band member in a pictorial shot by none other than famed designer Karl Lagerfeld.

According to the agency, Choi took part in the photo shoot in April when he was in Paris for his band’s concert.

The pictorial is titled “Seoul Caliber” and the publication introduces the Korean as a “singer, actor and model,” and explains that he is an “icon without parallel” in the world of K-pop.

The 25-year-old’s two million plus Twitter following and his dream of becoming a missionary one day are also explored in the accompanying interview.

With one feat down, Choi is scheduled to take the stage in Indonesia this month when Super Junior performs at the “SM Town Live World Tour III” on Sept. 22 in Jakarta.
By Carla Sunwoo