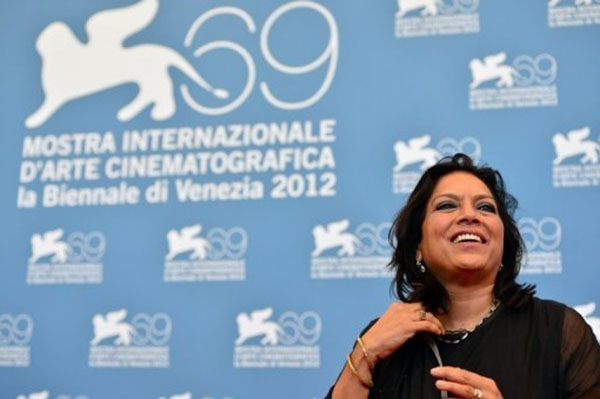 
VENICE - With women directing 21 of the 52 films being shown at this year’s Venice Film Festival, organizers said the time for international recognition of women’s contribution to cinema has finally come.

“I think it’s a sign of the times,” festival director Alberto Barbera said.

“Cinema for over a century was a very male-dominated environment. Finally, even cinema has realized that there is female creativity,” he said.

The festival opened with “The Reluctant Fundamentalist” by Mira Nair and four of the 18 films vying for the Golden Lion award are directed by women - in contrast to the Cannes festival where there were no women in the running.

“We did not have a quota for women directors. We chose the films without any prejudices and we realized later that a third were by women,” Barbera said.

At a conference on the theme in Venice, Nair said she had always believed in female potential and never saw being a woman as an obstacle to her work.

“I am beyond gender, inspired by art,” Nair said, although she pointed out that women could access unknown realities from which men are excluded.

She gave as an example her 1985 documentary “Indian Cabaret” about two strippers in Mumbai but stressed that creativity was neither male nor female.

Some of the women directors taking part said being singled out made them uncomfortable, however, and they just wanted equal treatment in a tough sector.

“I think it’s limiting to say: ‘I’m a female director,’?” said Zoe Cassavetes, the director of a short called “The Powder Room.” “It’s very difficult for anyone trying to make a film. .?.?. I think the faster we can put to the side that we are women directors, the bigger chance we have,” said Cassavetes, best known for her 2007 film “Broken English.”