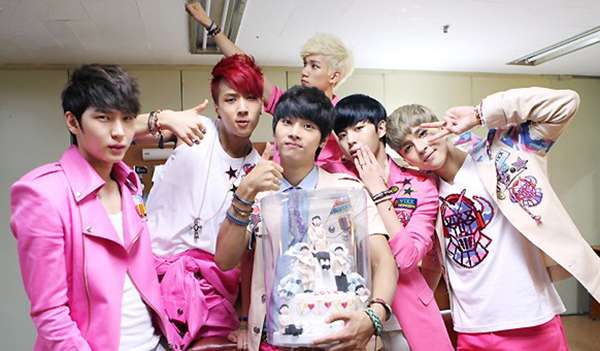 
To mark its 100th day in the industry, boy band VIXX held a fan meet on Sept.1 at Mango Six dessert café, made famous by the drama “A Gentleman’s Dignity,” in Sinsa-dong, southern Seoul.

The band met with some 66 fans; the lucky ones were drawn from a pool of 400 fans from as far as Japan, Taiwan and Hong Kong.

At the event which took around two hours, the band took to playing games, taking photos and conversing with their fans.

“We hope to be able to hold more events like this,” said the band on wrapping up the day’s festivities.
“It was a great day,” said the group which is currently promoting its second single “Rock Ur Body.”
By Carla Sunwoo [carlassnwoo@joongang.co.kr]