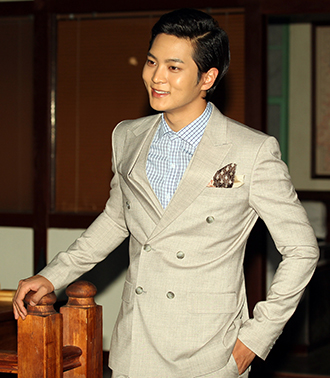 As a promotional event for Lotte Cantata instant coffee, of which he is the face, Joo will spend one night and two days with a total of 20 participants at Morning Calm Village resort in Gangwon.

Fans who purchase the coffee sachet will be able to apply until Sept. 22.
Winners will be announced on Sept. 28.

Joo Won’s popularity soared when he starred in this year’s hit drama “The Chaser.”
Early in August, netizens were impressed with his perseverance as he battled the sun and shot through the heat for the TV show.
Pictures of him on set began circulating while later it was found that the actor was replenished by IV drips in between takes.
By Carla Sunwoo [carlasunwoo@joongang.co.kr]