Fresh as the morning dew and a money spinner

Fresh as the morning dew and a money spinner 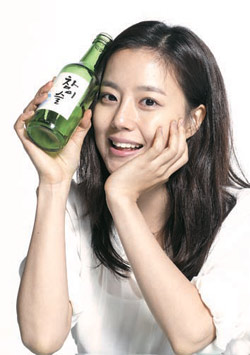 Hite Jinro said yesterday it has sold over one billion bottles of its Chamisul soju this year after it renewed the brand using 100 percent natural ingredients.

It sold 200 million bottles in just 50 days of the launch, with sales growing by an average rate of 2.3 percent a month, it said. Chamisul roughly translates in English as “morning dew,” denoting a fresh and clean image.

Chamisul, the top seller in the domestic market, is now made using pure alcohol fermented and distilled from natural ingredients such as rice, barley, sweet potato and tapioca, a starch extracted from cassava.

The company also added natural plant-based additives such as tomatine, an alkaloid found in tomatoes, extracted from tropical fruits in West Africa, as well as fruit sugar from Finland, it said.

It said it has produced a clearer flavor through a filtering process that somehow uses bamboo, which it claims produces less severe hangovers.

The proof is in the pudding, according to Hite Jinro’s Marketing Director Shin Eun-joo.

“Our sales of one billion bottles are testament to the beverage’s cleaner flavor,” she said, adding that the company plans to keep marketing the product aggressively.

Chamisul was first launched in October 1998, and sold a record 10 billion bottles in May 2006.

Cumulative sales of Chamisul since 1998 are expected to exceed 20 billion bottles this year.

Hite Jinro ended last year as the No. 1 player in the soju market with a 44.9 percent market share, followed by Lotte Liquor with 19.1 percent, and Muhak with 11.8 percent.