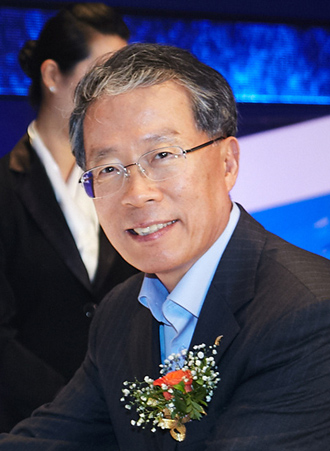 Korea Exchange Bank will become the first Korean bank to open an office in Istanbul as the lender aims to beef up its overseas expansion to come up with a new source of revenue to counter the overly saturated domestic banking market, its CEO told reporters on Saturday.

This was the first overseas branch KEB has opened since it ended its long relationship with U.S. equity fund Lone Star and was bought by Hana Financial Group in March this year.

“We will soon seek approval from the Turkish government to open an office,” KEB CEO Yun Yong-ro told reporters at Kintex in Ilsan, Gyeonggi, where the bank kicked off an awards ceremony for its outstanding general managers.

“Under our schedule, we will open an office in Manila, the Philippines, and Abu Dhabi of the United Arab Emirates in December. We’re also preparing to open a branch in Chennai of Indonesia in January.”

Yun said KEB’s transnationality index, which assesses a bank’s internationalization level by calculating each bank’s foreign assets, foreign income and foreign staff into one index, stands at 11 percent, but he aims to raise that figure to 15 percent by 2015. The bank currently runs 49 offices in 21 countries.

Yun also said KEB will push to reopen its branches in the U.S., rejecting skepticism raised by some market observers that KEB may not be able to resume its business given that Hana Financial Group is seeking regulatory approval from U.S. financial authorities to acquire Korean-American owned BNB Bank, based in Fort Lee, New Jersey. Before Lone Star closed five KEB branches in the U.S. in 2004, they had generated $100 billion in sales annually by providing banking services to Korean-Americans.

“BNB is centered on retail banking while KEB is focused on corporate banking so that shouldn’t be a problem,” Yun said, hinting that he may push for KEB’s rebanking in U.S. after Hana gets the green light from U.S. authorities.