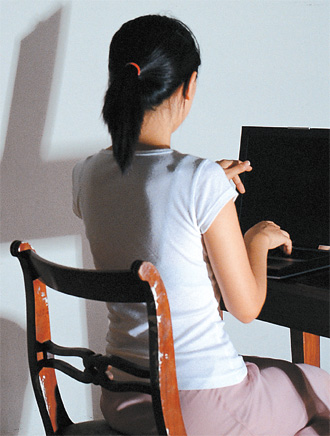 “In order to reduce sexual harassment, we should encourage young people to marry.”

This remark, made by Hwang Woo-yea, chairman of the ruling Saenuri Party, on Aug. 30 caused a flurry of public criticism against Hwang.

Netizens complained that Hwang wasn’t aware of the extent of the problems.

The lawmaker intended to say that if more people were married, there would be less sexual crime. What happened next with the portal site Naver, however, caused another issue.

“How come I don’t see Hwang’s comment as one of the most-searched for terms on Naver when it is on the most-searched list on Daum?” were among the comments. Users were implying that Korea’s largest portal site was manipulating its real-time search results list.

The country’s mega-search portal sites have come under fire about how they regulate their search results. Since the two mega sites, Daum and Naver, first introduced the real-time service in 2005, questions about how they rank searches by netizens and subsequently place them on a bulletin board list of most searched-terms have constantly emerged.

Naver’s real-time search bulletin board functions in a similar way to Twitter’s trending topics, but it’s more extensive. There are three categories, one for the most-searched terms at the moment, one for the day and one for the previous week.

Prior to the Hwang case, Park Geun-hye, the presidential candidate for the Saenuri Party, and Ahn Cheol-soo, a potential presidential hopeful for the liberals, were associated with unflattering terms such as condoms or room salons on Naver’s bulletin board.

The situation started when the monthly magazine Shindonga (an affiliate of Dong-A Ilbo) in its September edition reported Ahn used to frequent a room salon, or a hostess bar, citing an anonymous source.

The title of the article was “Ahn was questioned by prosecutors over allegations in startup graft scandals.” The subtitle read: “Accounts of having visited a room salon with Ahn have emerged.”

Media groups followed up on the report with headlines such as the Dong-A Ilbo’s “Despite what Ahn said about drinking, in fact .?.?. .”

Naver put reports on the issue on the front page. The site has over 16 million visitors daily, and the article drew tremendous Internet traffic.

Many users subsequently searched for the term “Ahn Cheol-soo room salon,” which then placed it on the most-searched term bulletin board, leading more people to search for it, driving up the rankings and so on.

Some liberal critics pointed out that while search results of the term “room salon” require age certification to view, the term “Ahn Cheol-soo room salon” was not regulated, raising suspicion of a political conspiracy against the potential presidential candidate.

In its defense, Naver claimed that when obscene words, which initially require adult certification, are in news articles, the portal site allows anyone to view the article.

Then Korea’s biggest portal site cited an example of the term “Park Geun-hye condom,” claiming underage users have access to the term’s search results since it was used in news articles citing Park’s past remarks on measures to prevent HIV infection.

Naver’s announcement led many to search for the embarrassing term “Park condom,” which put it on the real-time search bulletin along with “Ahn room salon.”

The incident prompted many to question if Naver’s search page works as a window into public opinion or an instrument susceptible to manipulation, as any term can be listed. The page is visited by 16 million people a day. If the public searches for the same term in a short period of time, no matter the content, it could make the bulletin board.

In early August, Naver was also singled out by netizens when speculation mounted that Naver deliberately deleted searched-for terms related to Representative Hyun Young-hee of the ruling party, who was mired in a money-for-nomination scandal.

Aside from political cases, Naver’s real-time search engine has been manipulated for business purposes, too.

In 2009, the Seoul Central District Prosecutors’ Office indicted a programmer and a manager of an online shopping site on charges of manipulating the ranking of the bulletin board to draw more visitors to their site.

In July, the name of expensive, imported snack Terra Chips was listed on real-time lists of popular search terms. The search term for the snack was “Ko So-young’s snack,” following reports that the popular actress enjoyed the snack during her pregnancy.

Ko refuted the reports, saying she had never eaten the snacks and warned of a possible lawsuit.

The dubious marketing for the product was a success.

All of this has prompted growing calls for fixing search systems to safeguard them against potential future manipulations.

Experts point out much of the controversy stems from the refusal by the portal sites to reveal how they decide which terms rise to the top.

The portals believe that if they disclose their methods, they will be the subject of continuous attacks by people who want to manipulate the results.

“It inevitably draws questions from the public when politically sensitive terms that must have been searched by Internet users are not seen on portal sites,” said IT columnist Kim In-seong, who teaches at Hanyang University.

“With the presidential election less than four months away, who can ensure that incidents like the one that associated Ahn Cheol-soo with room salons on search terms won’t happen again?” asked Ryu Han-seok, director of the Technology and Culture Research Institute.

When people allege manipulations have occurred for politically sensitive events, ripple effects become much more pronounced. This happened during the massive protests against imports of U.S. beef, when Naver was suspected of deliberately taking off searched terms related to the issue in its frequently searched list.

Last year, another controversy broke out when some keywords on sexual harassment allegations involving a lawmaker of the ruling Saenuri Party went missing.
Some have taken a tough stance on the issue, claiming the bulletin board should be taken down to ward off possible manipulation.

“Given Naver’s share of the online search market is over 70 percent, the public is too exposed and susceptible to follow issues chosen by Naver’s real-time bulletin board,” said an aide to Representative Jun Byung-hun of the major opposition Democratic United Party.

“Manipulation in the real-time search is not possible,” countered Won Yoon-sik, director of Naver’s public relations office. “We will publicly disclose ground rules on which we operate the search service and future management plans for the platform as well as invite experts outside the company to examine search mechanisms.”

Portal sites counter accusations of possible manipulation by claiming they determine which terms are most searched in real time by assessing how many times a term has been searched in a given amount of time.

Naver’s real-time bulletin board has become one of a kind for its speed and efficiency, attracting around 12 million users to visit the site just to use the search function and the bulletin board.

An expert on the IT industry who worked at Naver and asked not to be named told the JoongAng Ilbo that Naver started the real-time bulletin board as part of efforts to display netizens’ broad simultaneous interests in social issues. But over the past seven years, the dynamic has been reversed.

According to a survey conducted by the Korea Press Foundation of 2,810 people over age 18, 46.3 percent of respondents say they access online news articles based on the real-time, most-searched bulletin board, outnumbering 34.8 percent of the total who read online news based on their own interest.

And for that, some worry portal sites have emerged as a powerful tool in leading public opinion rather than following the public.

“As portal sites have transformed themselves into prominent social tools to create social issues and distribute them to the public, they should not think of themselves as entirely private firms,” said Choi Jin-soon, professor of journalism at Chung-Ang University.

“The portal site companies should take more social responsibility, while the government also needs to raise awareness of the possible side effects of their influence.”

Conversely, Google, the world’s most-used Internet search site, said that it views objectiveness in governing searches as the most important aspect of its operation, whether it’s racial, social or political issues.

“We try to minimize human influence in the search process and employ a variety of methods to ensure no manipulation of searches takes place,” said Lois Kim, head of Google Korea’s communications team.

“A friend of mine asked a portal site to take out a related term that matches up with his name when it’s searched,” said one IT expert who spoke on condition of anonymity. “Within a few minutes, his request was granted. Portal sites may claim it is part of the editing process, but isn’t it just manipulation? Search sites themselves are mainly responsible for the controversy these days about search operations.”